Indica and Sativa are both words used to describe medical marijuana and recreational cannabis.  What are the differences between the Indica strains and the Sativa strains? This infographic is informative and well done. 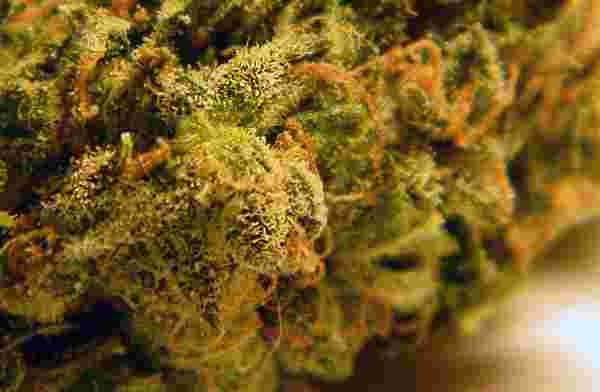 Cannabinoids are chemical compounds secreted by cannabis flowers that provide relief to a wide range of medical symptoms including but not limited to pain, nausea and inflammation, among others.

Amazingly, there are well over 500 naturally occurring  compounds found in the cannabis sativa plant (marijuana). One specific compound in particular is called “Cannabigerol Acid” or CBG-A for short. A strong cannabinoid in and of itself, this multifaceted component is believed to be the “mother” or “grandmother” to all of the rest of the underlying cannabinoids produced by this remarkable plant.

With more than 85 cannabis compounds already classified as cannabinoids (chemicals uniquely specific to this one plant), all have demonstrated medical value and have been divided into subclasses which include:

Some of the more widely researched cannabinoids include THC-A, CBD-A, CBC-A and CBN-A. While compiling research for this article, we searched the PubMed database for scientific journal articles published in the last 20 years containing the word “cannabinoid” and found 20,991 published articles. On average, this equates to nearly three scientific publications per day over the last 20 years.

THC is an acronym for “tetrahydrocannibinol” and is  probably the best know cannabinoid present in medical marijuana.  Physically it acts as a muscle relaxant and anti-inflammatory and psychologically it acts as a stimulant.  This combination makes medical marijuana strains high in THC a good choice for patients seeking symptom relief while remaining alert and active.

THC in medical marijuana acts in the following ways:

CBD is an acronym for “cannabidiol” and it has become one of the most widely studied cannabinoids.  Accounting for up to 40% of the plant’s extract, CBD is considered to have a wider scope of medical applications than THC.

Since CBD produces almost no psychotropic effects in patients, its lack of psycho-activity presents a great advantage over THC because it can be safely used without fear of patients becoming intoxicated and unable to function.

Besides medical marijuana, CBD is one of the dominant cannabinoids found in industrial hemp and hemp oil is legal to purchase in all 50 states.  CBD has numerous known beneficial properties and has an analgesic, antidepressant and anxiolytic (anti-anxiety) effect. It is also being explored for its neuro-protective properties in which the structures of the brain and central nervous system are protected against damage, including further damage, in the case of degenerative illnesses such as Parkinson’s. This area of medicine is of huge and growing importance. Perhaps most excitingly, CBD has been shown to have an inhibitory effect on the proliferation of cancer cells.

CBD can also reduce the psychological effects of medical marijuana for most patients.  A strain that has high THC levels and high CBD levels will have fewer “mental” effects and more physical ones.  Strains high in CBD levels like Charlotte’s Web, Blueberry and Harlequin are especially effective for illnesses with strong physical symptoms.

CBN is an acronym for “cannabinol” which is very similar to THC, but has less psychological effects.  CBN is produced as THC breaks down within the medical marijuana plant. High THC concentrations within a strain will make cannabinol’s effects stronger, and very high CBN levels can produce undesirably strong head highs in patients.

CBN levels tend to be high in medical marijuana strains like Strawberry Haze and Blue Rhino, which can be particularly helpful for:

CBC is an acronym for “cannabichromene” whose main action is to enhance the effects of THC. High CBC concentrations will make a high THC medical marijuana strains much more potent.

CBC working together with THC is known to be a:

CBG is an acronym for “cannabigerol” which produces no psychological effects on its own and is not found in high amounts in most medical marijuana.  Scientists believe that CBG is actually one of the oldest forms of cannabinoids, meaning it is essentially a “parent” or “mother” to other cannabinoids found in medical marijuana.  It also has anti-microbial properties.

CBG has physical effects such as:

Alone, none of the five major cannabinoids are as effective as when they work together and these five cannabinoids also work with the minor compounds in marijuana to provide maximum relief.

How Do Cannabinoids Work In The Body?

In our bodies we have a group of endogenous cannabinoid receptors located in the brain and throughout the central and peripheral nervous systems which are commonly referred to as the endocannabinoid system (“EC System“).

Evidence has shown that the EC System modulates the function of the hypothalamus (the brains reward system) and the brainstem, coordinating the crosstalk between these brain structures and peripheral organs. In fact, the EC System is involved in a variety of physiological processes including appetite, body temperature, blood pressure, motor coordination, pain-sensation, mood, memory and specifically maintaining health.

Endocannabinoids and their receptors are found throughout the entire human body:  in the brain, organs, connective tissues, glands and immune cells. In each tissue, the EC System performs different tasks, but the underlying goal is always the same; achieve homeostasis (metabolic equilibrium).

According to the Encyclopedia Britannica, Homeostasis is defined as:

“Any self-regulating process by which biological systems tend to maintain stability while adjusting to conditions that are optimal for survival. If homeostasis is successful, life continues; if unsuccessful, disaster or death ensues. The stability attained is actually a dynamic equilibrium, in which continuous change occurs yet relatively uniform conditions prevail.”

The ability of the body or a cell to seek and maintain a condition of equilibrium or stability within its internal environment when dealing with external changes is of key importance and a functional EC System is essential for health.

Endocannibinoids are chemicals produced naturally in humans and animals that bind to the same receptors as do plant-derived cannabinoids.  Cannabinoids themselves are unique chemical structures that can only be found in the cannabis plant. The most commonly known cannabinoid is tetrahydracannabinol (THC), which is also the compound responsible for the psychotropic effect or the “high” feeling derived from consuming cannabis.

However, with more than 85 different cannabinoids identified so far, these other compounds have chemical structures very similar to THC, but their biological effects are quite different with virtually no psychotropic potential.  Besides THC, the most widely studied cannabinoid is cannabidiol (CBD) which has shown potent anti-cancer and anti-psychotic effects.  Both THC and CBD have a wide range of known biological effects such as anti-inflammatory, antibiotic or analgesic qualities.

Medicinal cannabis is not new at all. In fact, the cannabis plant is mentioned in many of the oldest books on medicine known to mankind.  While there are many medical conditions and symptoms for which modern medicine has not yet developed an acceptable treatment, for some serious conditions there seems to be sufficient scientific data to justify the use of medical grade cannabis by approved patients.

“There were never so many able, active minds at work on the problems of disease as now, and all their discoveries are tending toward the simple truth that you can’t improve on nature.”

Cannabinoid research has proven this statement is still valid.  Working their medical magic, cannabinoids imitate compounds our bodies naturally produce, called endocannabinoids, which activate to maintain internal stability and health. In other words, they mediate communication between cells, and when there is a deficiency or problem with our endocannabinoid system, unpleasant symptoms and physical complications occur.

Medical marijuana has been proven to reduce unpleasant physical symptoms and physical complications providing relief and comfort to patients.